The frill-necked lizard (also known as a frilled lizard or frilled dragon) is so called because of the large ruff of skin which usually lies folded back against its head and neck. When threatened, the lizard opens its mouth and flares its frill to ward off predators. If this doesn't work, it flees on its hind legs to the saftey of a tree. 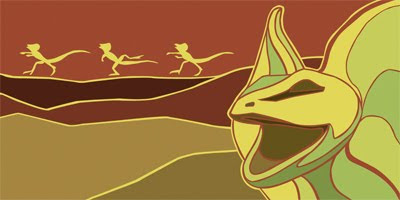 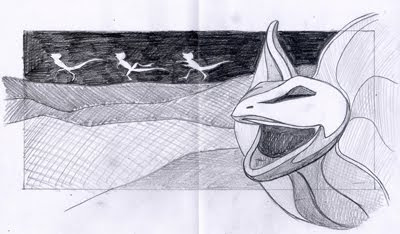 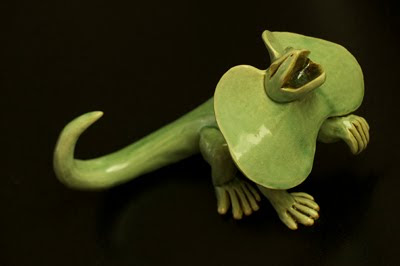 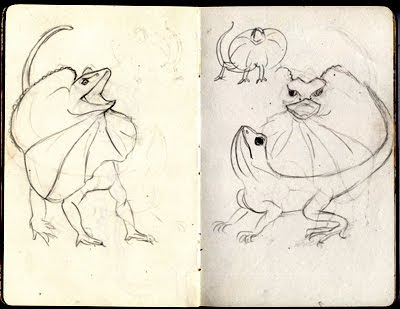 I'm having some difficulty choosing colors, although I think I'm getting close. Stay tuned for pictures of the collage, coming up next...
Posted by Monica Hui Hekman at 4:01 PM